The second day of WTM Virtual brought the boss of Ryanair, Michael O’Leary, chief executive at the leading low-cost carrier, who told WTM Virtual that news about vaccines was the “first real sign of sunshine” for airlines and meant there is a “fair degree of positivity” about summer 2021. The prospect of widespread vaccinations means the aviation sector can plan for recovery by summer 2021 with optimism, according to Michael O’Leary.

Speaking to WTM Aviation Expert, John Strickland of JLS Consultancy, he said he expects a “wave of vaccines”, meaning traffic can return to about 75-80% of last year’s levels.

“This winter is a write-off. The issue is if we rescue some level of traffic for Christmas, then there’s nothing until Easter,” he said.

“Volumes will come back in 2021, 2022 quickly. Airlines and hotels will discount prices to recover the business we lost.

“Airlines that adapt quickly will emerge out of this much better and spring into recovery.”

O’Leary hopes governments will support the short-term recovery by waiving taxes such as Air Passenger Duty and developing mass testing. “Airport testing is a complete waste of time,” he said.

“People should come to airports with negative tests then we can go back to flying with reasonable security.”

Ryanair is in a better position to recover than its rivals, he said, because it has not borrowed at “inflated rates” and kept its aircraft and crews flying.

“We can pounce on growth; it is important to fulfil the enormous snap-back in travel demand,” he told Strickland.

“There will be an invasion of the beaches. We need to be there providing capacity at low prices. We can get hotels and beaches full again.”

He predicted British Airways’ parent IAG will emerge from the pandemic stronger as it has “gone through the pain” of job cuts, unlike other airline groups which received state aid but are still tied into expensive workforce deals.

Other low-cost short-haul carriers such as easyJet and Wizz Air will also emerge stronger from the pandemic, he predicted.

Stansted remains his airport of choice for London, thanks to its low costs, and further savings are being made by developing software inhouse.

Representatives from all sectors of travel and tourism took part in the ITIC Investment Summit to discuss ways to boost business recovery and restore traveller confidence.

In partnership with WTM Virtual, the ITIC Investment Summit – called Invest, Finance and Rebuild the Travel and Tourism Industry – was a coming together of finance experts, analysts, tourism ministers, aviation bodies and hoteliers, among other sectors.

Professor Ian Goldin, Professor of Globalisation and Development at Oxford University, said the world would see a decline of -6% this year, with the UK at -10%, France and Spain at -11%-12% and the US at -7%, but he expected to see a rebound next year, even without the recent news that a possible vaccine is on its way.

By 2025, most developed countries will be back to pre-COVID economy levels.

Dr Taleb Rifai, Chairman of ITIC & former Secretary-General UNWTO said: “This crisis has taught us that we have to travel very, very responsibly. The idea of over tourism, which was so prevalent before will disappear, I’m sure. Governments were so preoccupied with growth and business they didn’t listen to this. Travel is going to come back very strongly, but it will come back in a new way.”

Among speakers who have ‘pivoted’ their business, was Sir Tim Clark, President of the airline Emirates, who explained how the carrier is offering COVID insurance for passengers, which will cover their medical expenses, as well as changing emphasis from flying passengers to flying medical equipment and PPE around the globe and is looking at flying the vaccine to different parts of the world when it is approved for global use.

Meanwhile, Dubai Airports CEO, Paul Griffiths, said replacing retail units with cinemas and bowling alleys could be a way to claw back revenue that he fears could be lost forever as more people move to online shopping after COVID-19.

He’s also considering an in-flight digital catalogue system where passengers browse for products at their leisure, order them, then pick them up on arrival at the airport.

He said: “A sinister long-term effect of COVID is that on-line retail has done really well. Airlines and airports need to think of a new model.

“It takes 24 minutes to consider a duty free purchase. Let’s use that eight to 10-hour flight before people arrive at the airport to select from a digital catalogue, then pick their purchases up when they land.”

He told airlines: “You provide us with the customers and you can land for free.”

Delegates were in agreement that testing is crucial to kick-starting confidence among flyers, business travellers and leisure visitors.

Another concern, expressed by Nicolas Mayer, Global Tourism Leader at PWC, is the huge loss of talent in the global travel industry.

Hilton’s Simon Vincent said trying keep staff was a major challenge: “We have 400,000+ team members on a global basis. We are trying to hold on to them. They have been doing an amazing job in difficult circumstances,” he said.

And Dale Keller, CEO, Board of Airline Representatives UK warned talk of a recovery was premature: “We talk about a recovery. We haven’t even got through the restart yet,” he said.

Cleaners, concierges and check-in may be history in post-pandemic hotels

Daily housekeeping visits and traditional concierges may be consigned to history, as hotels will increasingly use technology to limit touchpoints and reduce contact between staff and guests.

Speaking at WTM Virtual about the outlook for accommodation, industry experts said repetitive processes such as check-in can easily be automated in the current COVID climate – but guests may still want face-to-face service in some cases.

Moritz von Petersdorff, Managing Director of Suitepad, said his company’s tablets replaced items in hotel rooms such as paper directories and TV remote controls, to give clients confidence about hygiene.

Guests can opt out of visits from the cleaner and choose room service instead of a restaurant.

Some hotels have partnered with nearby restaurants to offer room service, as it is hard for hoteliers to make a profit on food when occupancy rates are low.

Michael Struck, Founder of Ruby Hotels, said the automation process had already been under way at his hotels over recent years, giving front-of-house staff freedom to interact with guests without having to worry about admin.

The ‘lean luxury’ chain is also offering work spaces which encourage more business guests, as the corporate sector has been affected more severely than leisure.

Wyndham Hotels and Resorts has introduced a booking app which automates the check-in process – and reduces reliance on online travel agents.

Eva Chan, EMEA Head of Feasibility and Viability at Wyndham, said her company’s hotels are still seeing some business travellers – workers in sectors such as logistics, manufacturing, railways and construction.

Wyndham is also developing ‘hybrid’ meetings, which offer facilities for colleagues to meet in person and have virtual meetings with counterparts in other countries.

Joe Stather, Associate Director at CBRE Group, shared statistics from the past 70 years which showed how demand for travel always bounces back after a crisis.

He said: “Tourists will remain closer to home, so domestic and short-haul destinations will recover relatively quickly but not enough to support hotel performance in many markets.”

Major cities relying on international travel and MICE (meetings, incentives, conferences and events) business, such as London, Paris, Barcelona and Rome are particularly badly hit – while regional centres such as Brighton, York and Hamburg are seeing some benefits from the staycation trend.

“The prospect of further lockdowns makes planning difficult but you can be buoyed by how quickly demand did bounce back in the summer,” he told the panel.

Bright future for tourism but we must remember lessons, warn bosses

The future for travel and tourism looks bright after the pandemic recedes but firms, tourist boards and governments must not forget the lessons of the Covid-19 crisis.

That was the message from travel bosses at WTM Virtual, during a debate entitled Travel Future: Embracing the new world of tourism.

Jonathan Keane, Managing Director and Global Industry Lead for Aviation at Accenture, said he was not sure that the industry would respond quickly if another pandemic or crisis hit travel.

“We need to work together much more, such as the airports, airlines and authorities,” he told moderator Babita Sharma, BBC World News presenter.

“We are solving these problems locally.

“A global pandemic was on corporate risk registers but we did not do much about it. It may manifest itself again.”

Godja Soennichsen, Communications and Media Cooperation Director at TUI Cruises, said the key was to focus on “solutions not problems”.

“TUI Cruises was forced to stop sailing but we were always convinced there is way to offer holidays and we did find a solution,” she said.

The cruise line collaborated with authorities and destinations on new Covid-19 health protocols and resumed sailing in July. It has since carried 40,000 guests.

Colin C. James, Chief Executive of Antigua and Barbuda Tourism Authority, said 65% of the destination’s GDP comes from tourism so it was vital to reopen in June.

It focused on health protocols, testing, training staff and developing new products – such as a ‘digital nomad’ programme to encourage visitors to stay for work.

“We developed a ‘space’ campaign, because there was huge demand for villas and low-rise bungalows,” he said.

“Technology has really helped make us more efficient…and, on the marketing side, using social media to get our message out at a low cost.

“Entrepreneurial start-ups are doing everything online such as using Google maps and geo-positioning commentary on apps.”

Dr Betty Radier, Chief Executive of Kenya Tourism Board, agreed that technology was vital for helping rebuild confidence among the trade and consumers.

The tourist board is using audio-visual content to show agents and travellers about the experience in airports and beyond.

However, Keane warned that travel companies now have “a generation of debt” to pay back, so they need to be more flexible, have lower costs and be better at service delivery.

“This is our opportunity to build back better and stronger,” he concluded. 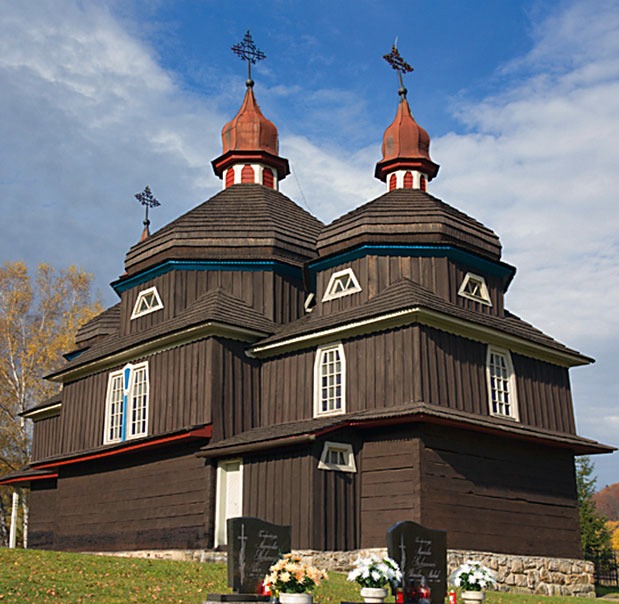 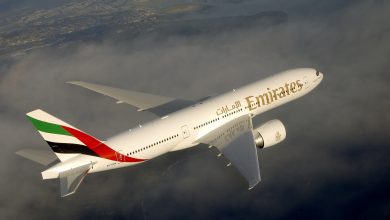 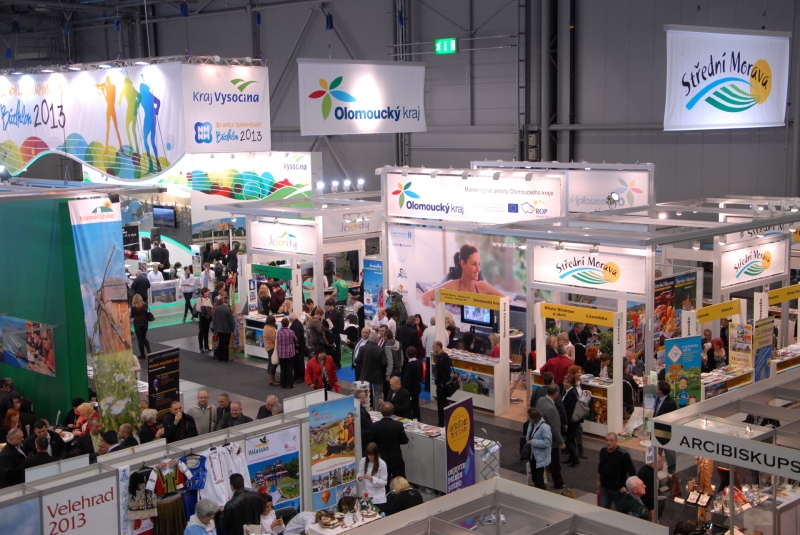