Upper Austria is treasure trove full of surprises. Who would have thought that the most modern opera house in Europe will be opened here on the 11th of April, the new music theatre in Linz. Though, when you take a second look, it is actually no surprise at all. Upper Austria has in fact a very long and rich music tradition, something that you can still experience and enjoy in many an inn, pub and restaurant in the Salzkammergut. And as is so often the case the Upper Austrians continue to so lovingly foster these cultural roots that they continue to bear cultural fruit in the 21st century. These fruits can be best seen and savoured during the many summer festivals and of course also on the stage of Linz’s music theatre from April.

Upper Austria also has other ways of marvelling its guests. While searching for natural wonders and fabulous tales on the Danube, or while discovering your own sporting spirit on the mountains and on the lakes of the Salzkammergut. Or you might prefer to explore in the mountains of the Pyhrn-Priel holiday region, where alpine pastures stretch to the edge of the wild forests of the Kalkalpen National Park.

Linz under a musical spell

Linz beckons once again! Though the city on the banks of the Danube made itself known in the recent past through its treasure of natural beauty as well as its technical and architectural wonders, it is now time for its musical heritage to come to the fore: Music is the central theme in the city in 2013. Musicals, concerts, operas, festivals as well as captivating and vivacious music scene come together to form a colourful and inclusive mosaic of musical culture. With its love of experimentation and change of perspective, the city has often served the inventors among musicians and composers as their laboratory of musical invention. The esteem in which Linz holds the great pioneers of renewal in the music world remains unbroken and undiminished to the present day, whether they are Bruckner, Wagner or Philip Glass.

The new additional musical locations of the Upper Austrian State Theatre in Linz – the musical theatre at the Volksgarten – offers its visitors a spectacular acoustic space with superb acoustics in wonderfully comfortable surroundings with a view onto the garden. Thanks to unique stage equipment and machinery, dancers, singers and musicians can take us into a new dimension for opera, operetta, ballet and musicals.

The first piece will be presented the 12th of April by Dennis Russell Davies und Philip Glass and it is to be the opera „Spuren der Verirrten“ (Traces of the confused) based on the work of Peter Handke. To mark the 200th birthday of Richard Wagner, the Artistic Director Rainer Mennicken will also bring to stage the entire „Ring des Nibelungen“ (Rings of Niebelung). www.musiktheater-linz.at in 2013.

The public is excitedly looking forward to the traditional „Brucknerfest“ (Bruckner festival), which this year has the motto „Impulse“. As the theatre’s new Artistic Director, the former opera director of the Dresden Symphony Orchestra Hans Joachim Frey will, for the first time, put together the program of events. This year’s festival will have almost twice as many events, have even more international participants and performers and will put some special attention on the up-and-coming musician and Anton Bruckner www.brucknerfest.at  I www.linz.at/bruckner. The Linz festivals, museums and cultural institutions are also celebrating the world power that is music in 2013 with exhibitions informing and detailing musical directions and movements and instruments. Open air music festivals and music presented in unusual and exceptional frameworks await you. You will find more information here at www.linz2013.at and at: www.linztourismus.at

Journeying on the Danube

The Danube has been one of the most important travel routes through the middle of Europe for centuries. The old saying „the journey is the goal“ is today more true than ever in relation to the Danube. Follow the gentle easterly current which will take you through all of Upper Austria and take-in and enjoy the change of landscapes that your journey will offer you. We can offer you two very different ways of taking this journey, that both are sportingly active is something they have in common: The Danube Cycle Route remains the undiminished classic among cycle routes, taking cycling enthusiasts along the banks of the river and across the entire country. From the hanging river banks of the Upper Danube Valley, through the natural wonder of the Schlögener Schlinge to Linz and further into the wildly romantic Strudengau. An alternative is offered by the Donausteig. 450 kilometres of hiking trails on both banks of the Danube connect Passau via Linz with the historical small town of Grein im Strudengau. Along the route, information boards give you modern interpretations of Danube sayings and with them an inspirational look into legendary culture of the Danube Valley and the lives of the people whose lives were lived beside and influenced so strongly by the river. Not to forget: both cyclists and hikers have the opportunity to enjoy trips to the river’s hinterland, you can find more information at www.danube.at

The Salzkammergut by water and on the mountain

Mountains and lakes – the Salzkammergut is widely known for both. The combination of ascending heights and refreshing waters offers the ideal location for sporting adventure. And exactly both of these are on the program in the coming summer months in Salzkammergut. In May the Traunsee will be the focus of international sailing sport. The Allianz Traunsee Week will take place the 7th to the 12th of May and will offer the stage for a world premiere: The new boat class GC32, an extremely fast and manoeuvrable catamaran -which due to its high-tech construction is being called the „Formula 1“ boat within sailing sport circles – will be in action on the Trauensee. On the 13th of July, it will be „on your bike and up the mountain“! The Salzkammergut Mountainbike Trophy is not only the largest and toughest mountain bike marathon in Austria with 4,600 mountain bikers going to the start, but with the extreme distance to be overcome, it is also the toughest in mountain bike sport in general. 211 kilometres and 7,000 meters above sea-level await the daredevil participants. But to make sure that hobby mountain bikers also have the opportunity to experience the thrill of the Salzkammergut Trophy, five further courses of between 22 and 119 kilometres will be on offer. Get more information at www.salzkammergut.at

Nature at its purest in the Pyhrn-Priel holiday region

The mountains in the Pyhrn-Priel holiday region in the south west of Upper Austria offer the opportunity to enjoy nature at its most pure. The Kalkalpen are the defining feature of the landscape in Upper Austria’s south west. Ragged peaks such as the Totes Gebirge entice ambitious mountain climbers to test their climbing skills. The feeling of being in the mountains is also open to hikers who would like to enjoy the mountain landscape at a relaxed pace: The Pyhrn-Priel region is home to one of the oldest alpine pasture regions in Upper Austria. For example, the raised plateau of the Wurzeralm at 1,400 metres above sea-level above the picturesque Spital am Pyhrn. On the alpine pastures around the Hengstpass, nature lovers can also enjoy the beauty of the Kalkalpen National Park which is very close by and borders the Pyhrn-Priel holiday region. The mountain forests on the Sengsengebirge and Reichraminger Hintergebirge mountains are slowly being allowed to revert back to being a natural wild forest. Here, where the Lynx prowls between the tress and eagles soar above the mountain peaks, adventurers will also find the perfect area for an expedition into nature at its wildest and most natural. You will find more information at www.pyhrn-priel.net

Euromic Now On Board IT&CM India 2014

UNWTO: Executive Council discusses the links between tourism and culture 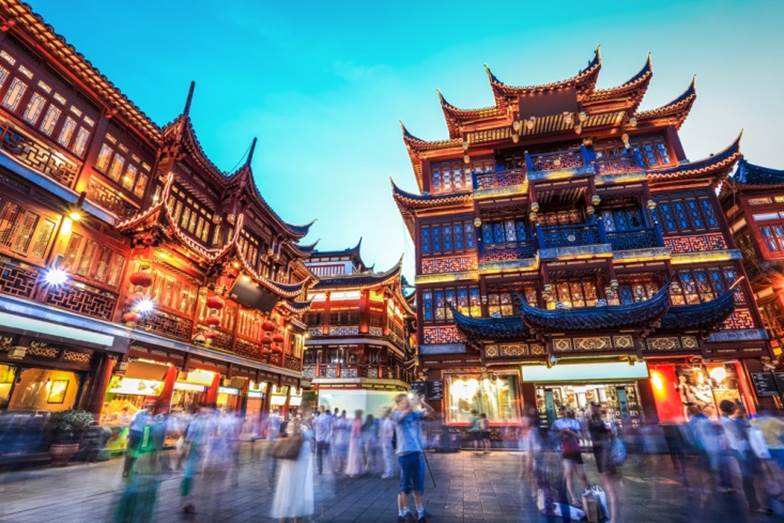 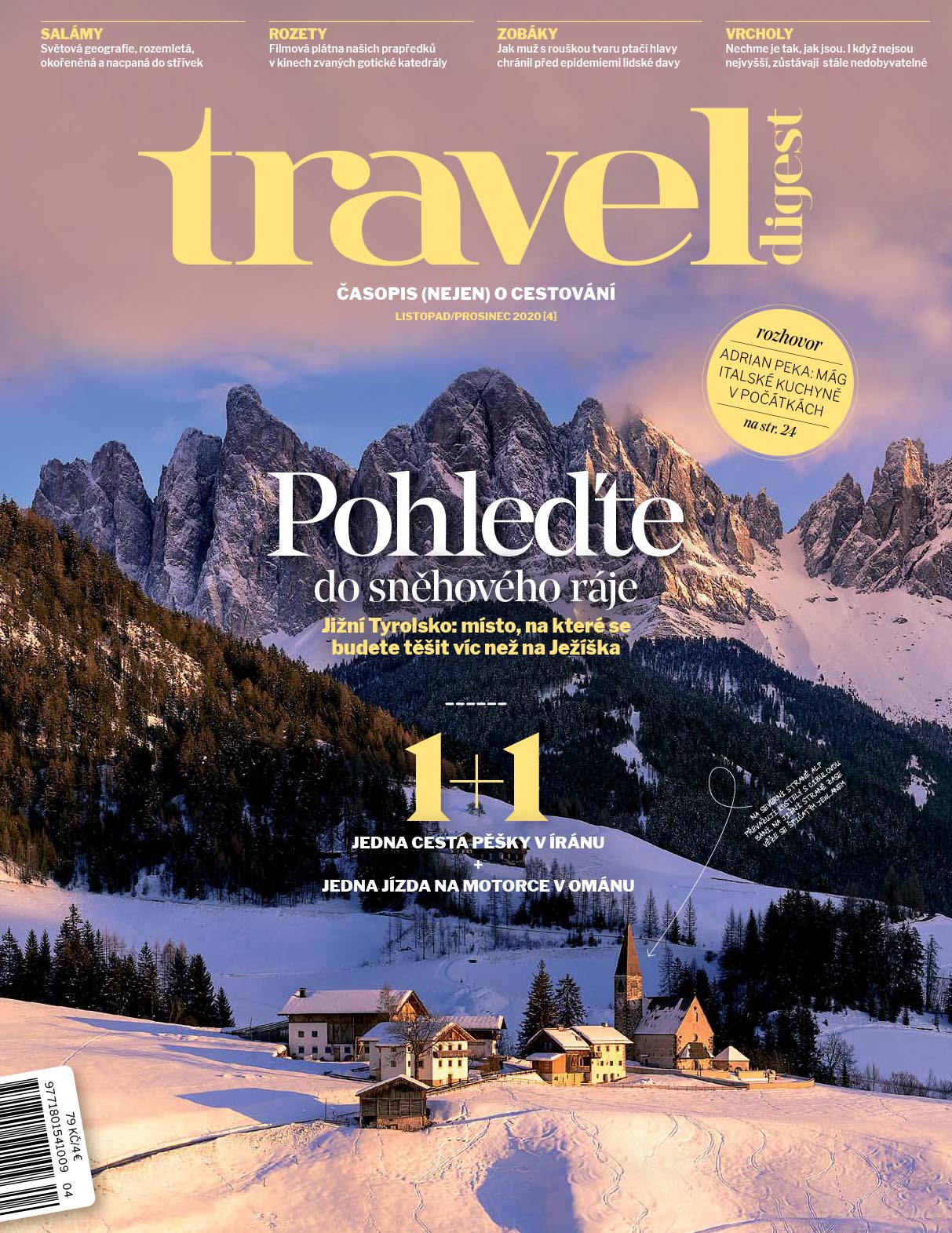