The European Cultural Capital of 2009 is genuinely unique: Linz is home to Eu-rope‘s most modern opera house and a vibrant contemporary culture scene, as well as having a flourishing economy with leading international companies. The superbly-preserved Old Town isn’t the only place where the connection between this legendarily eco-friendly city and its long history is evident. Yet people in Linz prefer to look to the future – and find the joy of living in the here and now.

Linz is an exciting city, and a successful one at that. Its history has been long and eventful; the expanded city core is architecturally unique – especially its Baroque Hauptplatz or main square. However, in Linz one prefers not to harp endlessly on the past: far more attention is paid to the present and the future.
In the middle of Europe
Linz is not only situated in the middle of Europe, at the centre of the Danube-Moldova region of Europe, but is also easily reachable from all directions (and by all forms of transport). Linz and the Danube are connected by a special relation-ship. Linz lies so literally on the Danube that the ships on Europe’s largest water-way sail right through the middle of the city. The city owes its Roman and Celtic names “Lentia” and “Lentos” to the fact that, here, the course of the Danube bends and changes direction. And it seems that the ability to change is part of the very essence of Linz.

Changeable Linz
Over the past few years, Linz has developed into an inspiring and lively cultural city. Marked features are its preference for the contemporary and its willingness to experiment. Since 2013, Linz has been able to boast Europe‘s most modern opera house, besides a number of theatres and a first-class symphony orchestra. In addi-tion, the city offers sought-after bands, fascinatingly designed museums, repertory cinemas and cultural centres in all categories and sizes, as well as a vibrant free scene.

Being human
The same spirit and verve inspire the research, development and work that are carried out in Linz. Profitable, clean industry and successful entrepreneurs feel at home here. One can experience this directly at, for instance, the voestalpine Stahlwelt, which shows how steel became a flagship product of Linz and laid one of the foundation stones for the city’s success.

Yet, despite this success-oriented attitude, the human scale hasn’t been lost in the Upper Austrian economy. Linz cultivates a zest for living and has a sense of leisureliness. Being human means keeping a close connection with nature, with which the city almost enjoys a kind of symbiosis. Believe it or not, two thirds of the city’s area consists of green meadows and pastures.

People in Linz also regard culinary pleasure and the art of cooking as essential ingredients for life quality, and want to share them with their guests. Linz’s res-taurants tempt you to taste and sample – new combinations, other tastes, out-of-the-ordinary dishes. This city even has the power to change taste-buds.

Making discoveries Visitors to Linz are invited to discover new things. Being able to grasp historical, cultural and other connections in a way that’s exciting for all the senses enriches a stay in the city, offering new delights for body and mind. Linz’s cultural calendar offers many opportunities of doing so. Every year in spring, the Crossing Europe Film Festival creates enthralling panoramas of life in Europe, in the form of fresh young auteur cinema. Every year, the Ars Electronica – Festival of Art, Technology and Society – reveals intellectual and artistic insights of the highest calibre on a chosen future-oriented theme.

The colourful Danube
The city space on the Danube, which – as the vividly imaginative saying goes in Linz – is not just “blue” but “multi-coloured”, is an open-air museum in itself. As colourful as the nightly light displays of the Ars Electronica Center, the museum of the future which already offers glimpses of tomorrow’s technical world today, and the Lentos art museum Linz, which stands on the bank of the Danube directly opposite, and presents challenging contemporary art. Along the river, adjoining this distinctive building, are the Brucknerhaus and the Tabakfabrik Linz, bursting with high culture and the alternative scene respectively.

The world-class works fashioned out of steel by artists like David Rabinowitch, Mathias Goeritz and Herbert Bayer at Forum Metall in 1977, reaching impressive-ly high under the open sky by the Danube, describe an arc more on the industrial side of the city.

Crowd pullers
The area by the Danube is also the stage for the Visualised Linz Klangwolke in September, which tells musical-theatrical stories to an audience of ten thousand. It’s also the setting of the Linz Fest at Whitsun, offering a select programme of music and culture that’s slightly off the mainstream.

The two-yearly Schäxpir festival is one of the best children’s and youth theatre gatherings in Europe, while comedy-lovers will find everything they’re looking for at Nextcomic, the first Austrian comedy festival.

The Schlossmuseum time machine
Linz Schloss towers over the city, linking yesterday, today and tomorrow. The Schlossmuseum, housed in this historical castle and occupying the spectacular modern south wing, combines presentations on the early history of Linz with vari-ous collections, ranging from musical instruments to vintage cars, and special temporary exhibitions.
Famous Pöstlingberg, the emblem of Linz, with its pilgrimage church, offers an equally superb view of the city and the windings of the Danube. The historical mountain track railway, one of the steepest in Europe, carries guests and city-dwellers up Linz’s local mountain in unique style.

Christmas with a difference
“Silence, Steel and Stars“ is the motto at Christmas, when Linz celebrates Christ-mas time with subtle originality, offering – among other delights – Christmas mar-kets without any annoying background music, a nativity scene crafted in steel, and excursions into the winter sky, starting from the observatory.

Central position
Upper Austria’s regional capital Linz is centrally situated, with outstanding infra-structure connections. Linz Central Station has already been awarded the title “Austria’s most attractive railway station” for the seventh time in a row, and blue danube airport Linz can be reached very rapidly. And you can also arrive here by ship via the Danube, by bike along the Danube cycle path, or on foot via the long-distance Donausteig hiking trail.
A weekend in Linz, starting from 99 euros per person!

LINZ APP
The LINZ APP, which can be downloaded free at both the Google Play Store and the iTunes Store, will be your guide through the city, directing you to restaurants, places of interest and public transport connections.
Press contact
Tourismusverband Linz, Mag. Gisela Müller 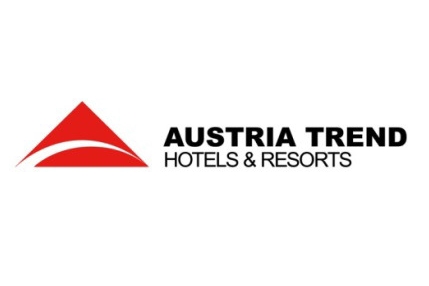 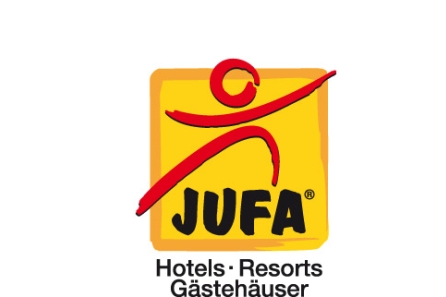 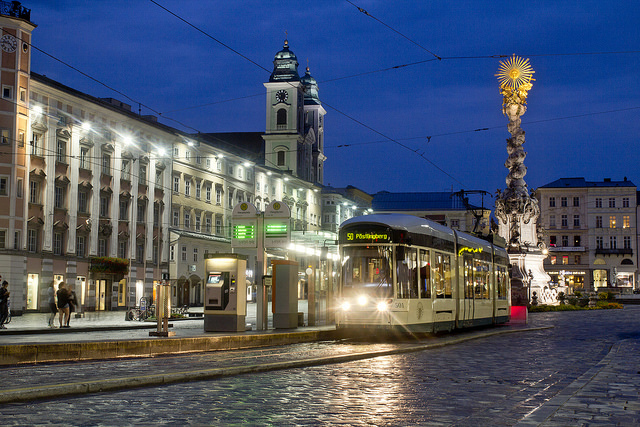 Linz: The city of change – life on the colourful Danube 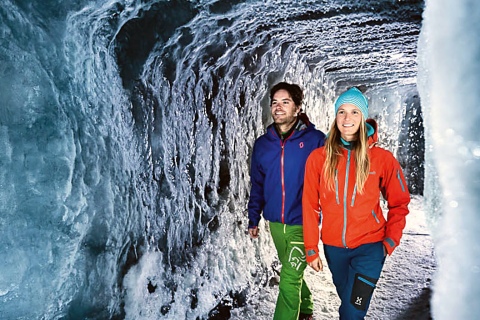