The Chinese love of travelling is tremendous. After two decades of rapid and mostly double-digit growth, China has developed into one of the leading global source markets for foreign travel in recent years. Alone 80 per cent of the foreign trips made by the Chinese today are holiday trips. However, the strong growth seen in the last few years was purely generated by short trips of up to one week, while the number of longer trips declined. This is the result of a special evaluation of the World Travel Monitor® from IPK International that was commissioned by ITB Berlin.

No travel market is growing faster than the Chinese. However, outbound travel from the People’s Republic has to be differentiated. According to official statistics, the Chinese went on 105 million foreign trips in 2014. However, this includes 41 million day-trips and shopping trips, mostly from southern China to Macau and Hong Kong. Of the remaining 64 million foreign trips with an overnight stay, 27.4 million also have Macau and Hong Kong as their destinations. Excluding these figures, the underlying number of international trips made by Chinese amounts to 36.6 million.

According to calculations from the World Travel Monitor®, these 36.6 million foreign trips generated 171 million overnight stays in 2014. In comparison to 2007 the number of foreign trips has increased by 168 per cent, which represents an average annual growth rate of 16.5 per cent. However, the number of nights spent abroad only grew by 27 per cent in total, which was equivalent to 3.5 per cent per year. This was due to a dramatic reduction in the length of foreign trips.

While the Chinese spent 10 nights abroad on average in 2007, the average length of a foreign trip has nearly halved to 5.5 nights in 2014. The reason for this is explosive growth of 444 per cent in short international trips of up to three nights, which amounts to a 27 per cent increase per year. In general, the strong growth in the last seven years was purely due to short trips of up to one week, while the number of longer trips has actually declined.

80 per cent of the international trips are holidays. The main growth drivers over the last seven years were city trips, tours and event visits. Beach holidays have also won market share. Business trips (16 per cent) increased by 5 per cent per year while visits to friends and relatives (4 per cent) stagnated at nearly one million foreign trips.

Above-average growth was shown by trips within Asia and to North America in the last seven years. With 68 per cent, Asia dominates Chinese international tourism, while 18 per cent of Chinese visit Europe, 9 per cent travel to Australia/Oceania and 5 per cent visit the rest of the world. Europe has expanded strongly as a destination for Chinese travellers, with a 7.5 per cent increase per year, but has lost market share to other regions of the world due to their stronger growth rates.

The top mode of transport with an 80 per cent share is flights. Remarkable is the extremely high growth rate for cruises, whose market share is still very low with just 1 per cent but which soared by as much as 1,300 per cent over the period under review.

The internet is the most important booking platform for foreign trips. The number of bookings actually made on the internet has risen by nearly 1,300 per cent in the past seven years. Four out of five Chinese research and book online, selecting by far most often offers from travel agents and tour operators. Direct booking of accommodation and transport, with 17 per cent each, also have significant growth potential.

Dramatic changes in the choice of accommodation can also be observed. The share of overnight stays for first class hotels increased by 28 per cent annually and has risen to 55 per cent, at the expense of budget hotels. The proportion of Chinese with higher education and high incomes represents a customer segment for international trips that is growing much more strongly than average. The increasing number of trips with children is also remarkable. These have risen tenfold over the last seven years and now comprise one third of all foreign trips.

Dr. Martin Buck, Senior Vice President Messe Berlin, comments: “Although experienced Chinese travellers are increasingly planning and travelling on an individual basis, the majority still books overwhelmingly with tour operators. Security is the most important factor for the Chinese when planning their travel, and that is what package trips offer. Foreign languages and the lack of multilingual signs in destinations still comprise a barrier that can be overcome with tour guides. Tour operators score with tourists from the People’s Republic with attractive packages and special service.” 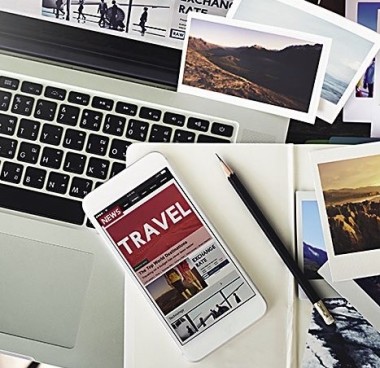 TAT Newsroom Blogger Campaign gets off to a strong start 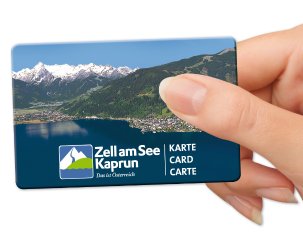